The best Blues Music brought to you every Sunday afternoon in August on the Bandstand. The Friends of Broomfield Park have teamed up with The Vintage Blues Music Association, who run the highly acclaimed St Harmonica's Blues Club in Southgate, give you some of the finest bands and professional artists in the UK in a terrific parkland setting complete with hot food, ices, refreshments and a licensed bar. Thanks to sponsorship from Winkworths, admission is free and if you like the music, voluntary contributions into the hat are very welcome. Open mic from 1.30pm for an hour.

Two of the most accomplished slide guitar players in the UK will kick-off the 2016 Blues season on the Broomfield Bandstand following the introductory open-mic sessions.

B.J. Cole is is regarded as one of the world’s pre-eminent pedal steel guitarists and as a live and session musician has played with just about everyone there is

Today he joins forces with his collaborator of many years, Joe Papa, to bring you Country Blues and Rock ‘n Roll as it should be played 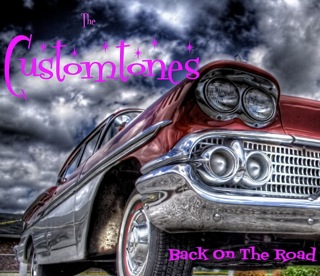 Martin Fieber, the ‘Sultan of Slide’ is perhaps the UK’s best kept slide secret. He brings his hugely talented band ‘The Customtones’, one of the finest, and tightest, units around to Broomfield. Martin is not known as the Sultan of Slide for nothing, he makes all his own guitars under his ‘Customtone’ label and the tone and the sound he achieves is staggering; some of his original material is equally wonderful. The rest of the band are all masters of their instruments with Mick Parker on drums, Terry Duggan on bass and Steve Taylor on keyboards.

Started by Pat in Items offered - for sale or for free. 2 hours ago. 0 Replies 0 Likes