Something For the Weekend? - Saturday

There's nothing more boring than reading someone's What I Did At the Weekend essay..... but this blog piece is just to show that you don't have to go very far to have an interesting Saturday and Sunday in and around the Bounds Green area!  Especially if you are trying to impress someone.  Oh, and you don't have to spend a fortune either (unless you spend all weekend in the pub....see below...)

An old friend came down from the north this weekend.  What could I do to keep her happy and entertained?  We were both a bit broke, didn't want to move far from my place, but still wanted to 'do' something.  As it turned out, we did very simple things but had a really good time.

Firstly, we visited Bona Fide Recording Studios  not in the glamorous West End of London, but tucked under a gorgeous viaduct in Muswell Hill with workshops and garages as neighbours and a couple of dogs loafing in the warm air. This was a birthday treat for my  ten year old grandson who's a keen drummer,  and his mates -  so normally I wouldn't do this sort of thing. But I'd promised my daughter I'd drop by.  Also, it's best to keep in with budding musicians - they might be very rich one day... And I mention it because it's a great idea for a musical present if you're stuck -  and it's local.

The kids had a fabulous time and the guys at the studio were ever so helpful and encouraging.  It's only a small space, but perfect for this occasion and it was really interesting to watch it all going on! 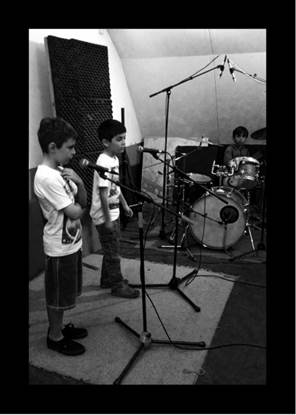 However, the pay-off from this was that from the studios my friend and I climbed some mysterious steps we'd noticed.  They lead up onto the viaduct where we were greeted by a whole new world of serenity and greenery with views across London -  and in next to no time we were in Alexandra Palace!

I never knew about this viaduct, so in case there's other's out there like me, I mention it as it was a lovely surprise.  And it probably leads to all sorts of interesting places if we'd had time to go the other way. Maybe someone knows more about it? 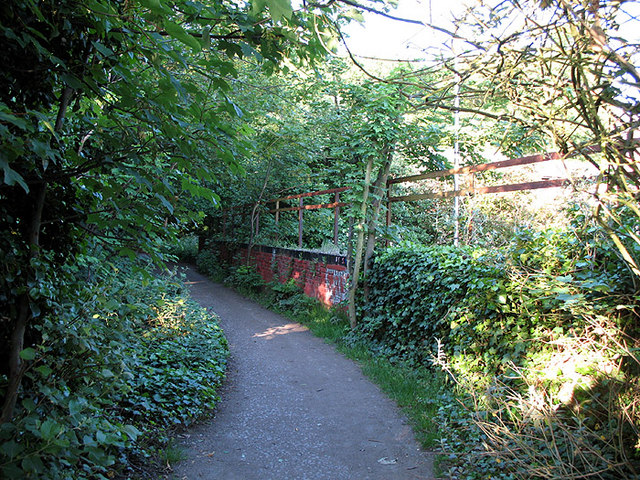 At Ally Pally we stopped off for a drink in the Palm Court where the serenity of the calm, Victorian space was punctuated by loud music coming from the Great Hall.  There were crowds of attractive people wafting by looking very slim and fit and dressed in very little. We pulled in our stomachs and went to explore...

When we peeped through the hall door we were assaulted by thumping music, bright strobe lights, hundreds of people moving in disciplined harmony together.  It was Fitness Weekend!

Now normally, this would be our idea of hell!  But it was brilliant!  Like a Massive Disco for fit people all facing the same way!  I wanted to book my ticket to Ibiza and go clubbing. Oh to be young again - and without dodgy knees! 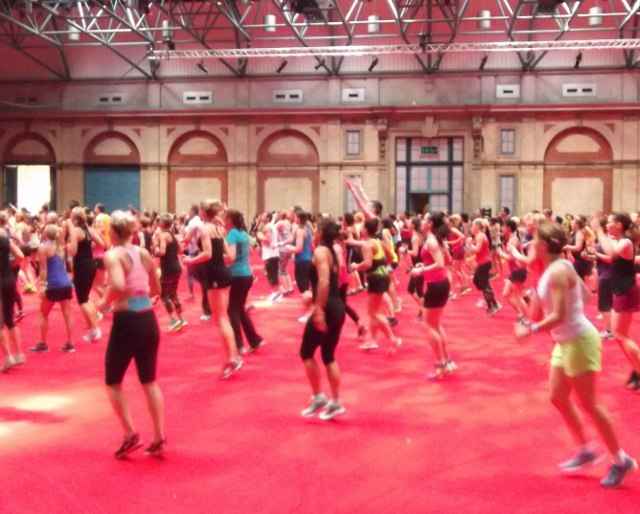 I don't know whether it was the endorphins that were raging but it struck us that everyone was so friendly and happy!

Exhausted from just watching, we strolled down through the nature reserve (lots of butterflies!).  My friend had never been to Ally Pally before and was really impressed!  It made me realise how lucky I am to live near this fabulous building.  There's always something going on - find out by visiting their brilliant website.

In the evening we went down to the Ranelagh pub for a glass of wine. 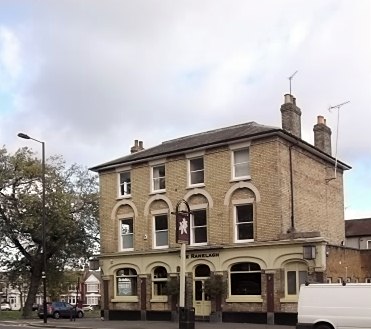 It's a lovely pub with great food.  I know, because I've been lucky enough to have been taken there occasionally by some of my family  for a meal - but I have to admit  the price of drinks  was really a shock, as I rarely go into pubs much these days.

Am I just behind the times, or a bit of a tight-wad?  You tell me!  But after buying two admittedly large glasses of wine and two packets of plain posh crisps, I got hardly any change out of £20...

It made me think that it's little wonder pubs are closing down all over the country.  Who can afford it?  Should we have had beer instead?

Having said that my Friend From The North was very impressed with the Ranelagh, the staff and the general atmosphere.  You can't go wrong in there.

We returned home with a bottle of plonk from the local Turkish supermarket - Shariz Rose, North side of the vineyard - £6.50.  Magic!

Saturday had been brilliant - what would Sunday bring?  Would I be able to keep my guest amused in less than a square mile and with very little cash?