A Short Walk Along the Viaduct at Muswell Hill

Until last week, I never knew there was an old viaduct at Muswell Hill, so I decided to  check it out.

I took the 102 bus from Bounds Green to Muswell Hill  and went down St James's Lane (left of St James's Church) until I came to the viaduct. There are some steps leading up, on the right hand side.  (If you come from the Alexandra Palace end, via The Grove, then access by wheelchair/mobility scooter is possible.)

And suddenly you are in a different world. 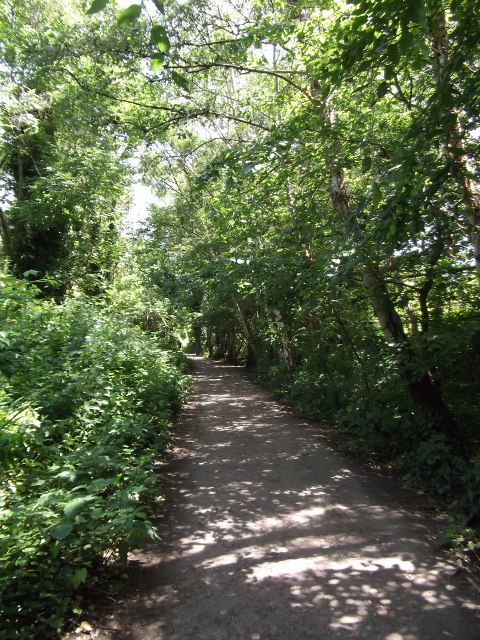 It's so peaceful here, yet plenty of people around - enough not to make you feel isolated.  I passed people walking their dogs, jogging, or just strolling, like me.

I was particularly interested in this habitat as I was in the middle of a free Open University course called Introduction to Ecosystems.  It's one of a number of free courses the OU is running, and you can find out about them here. They last for six weeks and I am really enjoying this one.

Along the viaduct you will find information boards at regular intervals telling you all about the history of the viaduct, the bird life, etc.   I only walked for about a mile but it goes on for some distance. 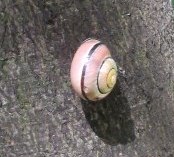 Here's a snail I found on a tree - it's called Cepaea.  It was quite high up on the ash tree and I wondered why.  Probably following the algae trail that was on the trunk.  I noticed glistening snail trails going almost to the top!  Respect to those little snails!

I turned round and made my way back but thought I'd go past the Muswell Hill stairs and carry on to Ally Pally.  Wow!  The views are amazing - my photograph won't do it justice I'm afraid and there are quite a number of wonderful scenarios on both sides of the viaduct. Soon I arrived at The Grove, Alexandra Palace, but not before I went through a wonderful tunnel which revealed its secret vintage graffiti. And last, but not least, just before reaching The Grove, there was a wonderful walkway with a humble plastic roof,  but in the sunlight it looked for all the world like the lighting from  an old Art Deco cinema, or a strange piece of illumination from an ancient shadow theatre.  Any minute now some Japanese puppets on sticks will bob into view and begin fighting with swords! I am so glad I discovered this viaduct.  It's a little bit of serenity high above the city.

Aren't we lucky to have it so close by!