On the 243 from Wood Green to Tottenham

I was on my way to the Tottenham Life Drawing Class for Beginners today and thought I would take some photographs from the top of the  243 bus. … 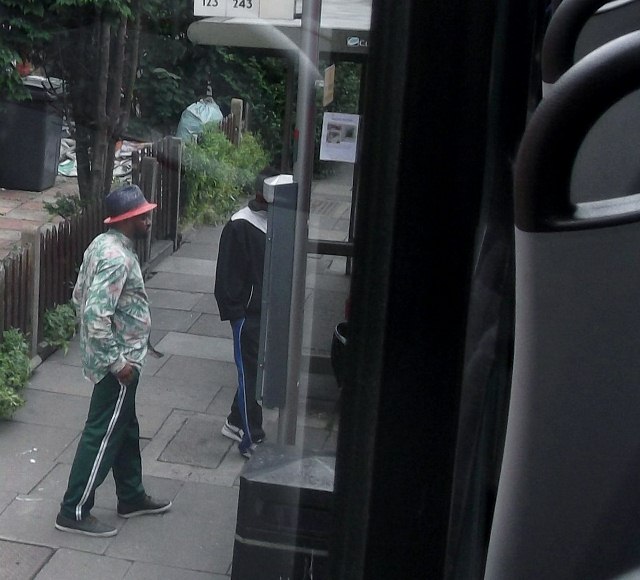 A Short Walk Along the Viaduct at Muswell Hill

Until last week, I never knew there was an old viaduct at Muswell Hill, so I decided to  check it out.

I took the 102 bus from Bounds Green to Muswell Hill  and went down St James's Lane (left of St James's Church) until I came to the viaduct. There are some steps leading up, on the right hand side.  (If you come from…

Something for the Weekend? - Sunday

Continued from 'Saturday'  which describes how two  pensioners go a bit wild in the Bounds Green Area for hardly any money!

Something For the Weekend? - Saturday

There's nothing more boring than reading someone's What I Did At the Weekend essay..... but this blog piece is just to show that you don't have to go very far to have an interesting Saturday and Sunday in and around the Bounds Green area!  Especially if you are trying to impress someone.  Oh, and you don't have to spend a fortune either (unless you spend all weekend in the pub....see…

I saw Elvis's Dental Mould!! (and had a free cancer check!) 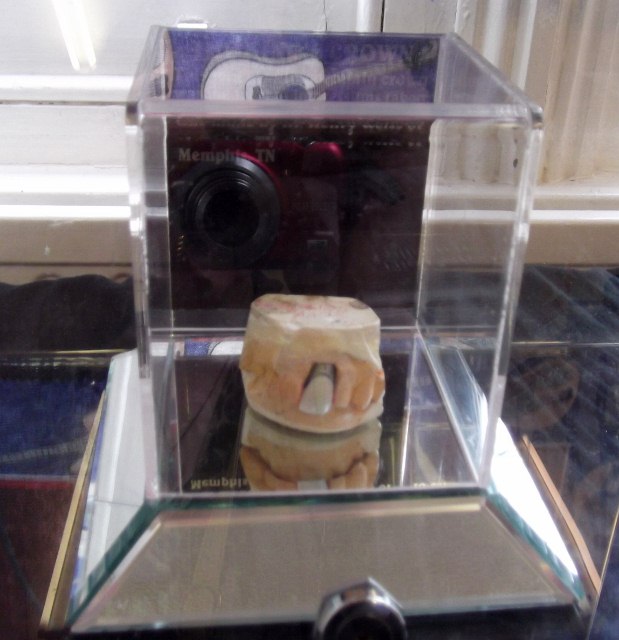 Today I spent all day in Tottenham at the Beehive Pub - where there was a life drawing class for complete beginners run by the Tottenham Art Group.  It was very good, excellent tutor who gave us all one-to-one tuition as well as plenty of group tuition where he instructed us by drawing and showing us work he had done himself.  The model was really professional and worked very hard.…

I've noticed a few nice bits of brickwork when I struggle around the block... I think these patterns all have proper names in the building business and maybe somebody knows about them?

These bricks below are on the corner of The Drive and, I think,  Blake Road.  I think they look really lovely, and someone's gone…

On my walk round the block - I thought I was Back Up North!

On my walk round the block I always stop at the bottom of Wroxham Gardens and look across Durnsford Road -  and imagine I am in Halifax or Burnley.

Well, it's a huge leap of the imagination, but you have to admit that the strange industrial chimney and the way the houses behind climb up the hill could fool you into…

Here's a beautiful and interesting blossom tree on Bounds Green Road which bears both pink and white blossoms.… On my walk round the block....

...I go up Cline Road and at the top there's a factory  called 'Textile Team - Bianca'.  It's a nice building, and I love the door and the whole entrance bit.   !   Am I crazy?   I just think it's got that special design  'something'!

Woops - I'm afraid I chopped the top off!… 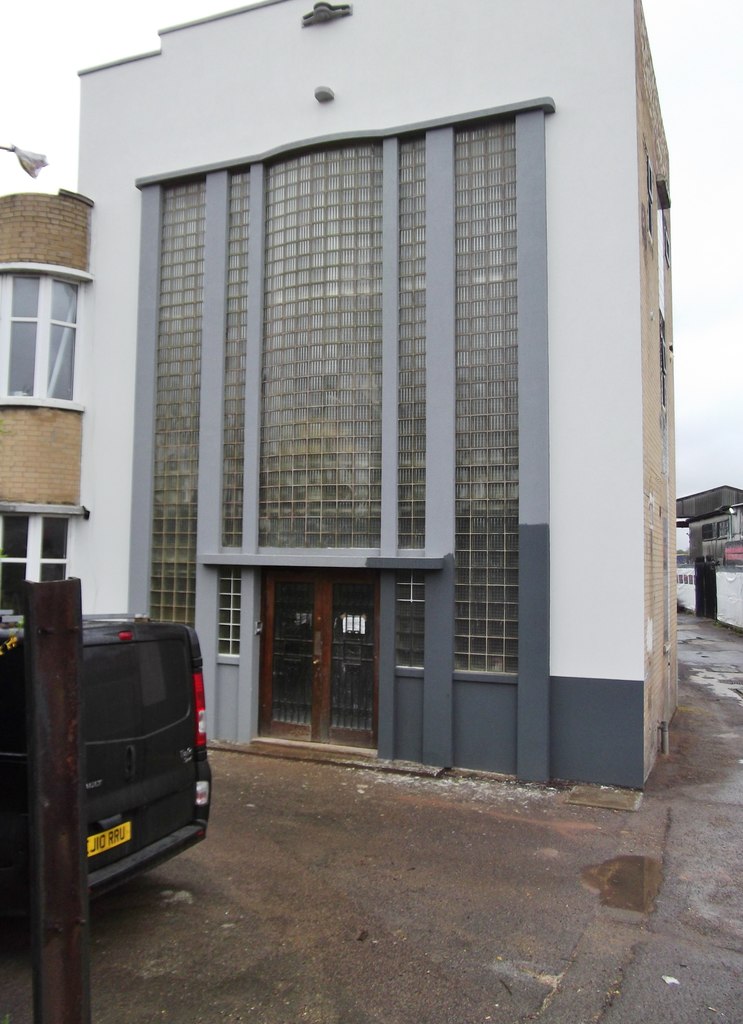 ....  on Blake Road, the humble art of cementing  elevated to a higher dimension:… 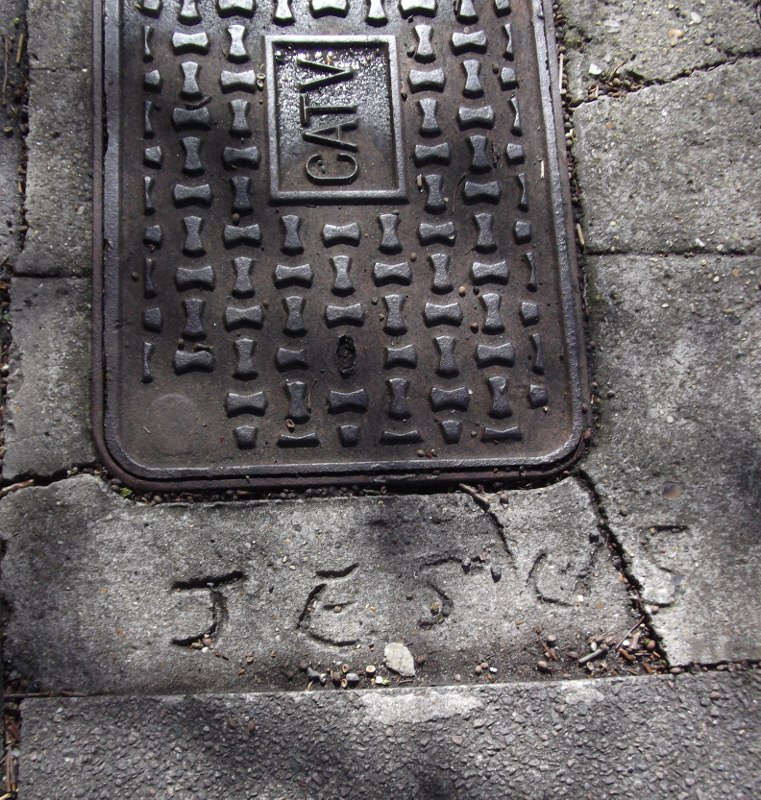 Very Entertaining Programme About a Bus Trip Through North London

I have just been listening to a programme on Radio 4 Extra which is being repeated because one of the men in it, Alan Coren,  has died recently.  He was a great broadcaster.

The programme  is called The Sage of Cricklewood and together with his friend, Christopher Matthew, they go on a trip across North London with their Freedom bus passes.  The conversation is sparkling as they pass through Camden Town,  Wood Green, in an effort to get to Palmers Green and on to…

I've just been down to the Sunshine Garden Centre and noticed that they have a little art exhibition in one of their indoor spaces.  There are some lovely pieces of art work by some pupils from North Harringey Primary School. Worth checking out if you are down there this weekend.

There are two lovely big paintings - one of Alexandra Palace and the other looks like another part of the local area,  and some smaller art projects.  Really good!

Today I went on an organised  tour around London's Alexandra Palace -  'back stage'.

The most interesting place for me  was the old Victorian theatre which is jaw-droppingly stunning.  It is not open to the public normally, and few people are even aware that it exists.

The deep, rich colours of the peeling paintwork give it a romantic feel.  There is talk of 'sensitive' restoration if the lottery bid is successful.   …

Last Saturday I played my first public gig with North London Brass!  It was at Parliament Hill Fields Lido where the Outdoor Swimming Society was holding it's annual winter dip in the outdoor pool.   It was a privilege to be present at a great celebration of true British eccentricity.  And that includes the band....

It's all your fault, Bowes & Bounds Connected!   If I hadn't clicked on a post by Martin Stogden - who was shamelessly touting for complete beginners for the North London Brass - then I would still be curled up in front of the telly on Wednesday nights relishing the life of an OAP.

Instead, I have to get on a bus no…

A Lovely Afternoon on Myddleton Road

Today it's my greatest friend, Pat's, 60th birthday!   She has multiple sclerosis and she uses a mobility scooter when she goes out locally.

So, where could we go to celebrate?  It was a  no brainer - Myddleton Road!  Pat had never been before and wanted to go.…

I live in Passmore Edwards House which is a sheltered housing scheme near Bounds Green Station.   It's a strange name...bit of a mouthful.  Yet quite elegant.  (the name - and the building)

Who is Derek of Palmers Green?

This morning on Radio 4's Broadcasting House a DJ was recalling his favourite record shops.   He mentioned one of his favourites which is a little record shop in Palmers Green run by a bloke called Derek.

I wonder who Derek is and where is his shop.  It sounds really interesting.  Anyone know?

I was feeling a bit blue and just went over the shops on the parade at Bounds Green.  There was a guy busking outside the tube station - a jazz saxophonist playing Take Five by Dave Brubeck amongst other stuff.  I hope he returns, he cheered me up no end. (Yes, I did donate!).