Hi everyone, my name is sonya

I just found out about this community website which is very exciting! Im planning an Art and Music Trail in the area of Alexandra park and down towards bounds green, bowes park and was looking for interest at this time. so calling all artists and musicians in the area??!!!

I have just spoken to Catherine at 128 Middleton road who said there are lots of people in the area who would be up for taking part! its to take place on the weekend of…

Anyone know how to get street lights fixed around here?

Does anyone know how to get a street light repaired? After using Haringey's 'Report a Problem' form to report the same damaged street light many times since before Christmas nothing has happened.
The street light was illuminating the pedestrian crossing on Bounds Green Road right across from Gordon Road. It was damaged by what seems to have been a car accident leaving the lamp post broken in two, the damaged top half of the light was taken away leaving just a stump so there is no lamp post… Continue

Neighbourhoods Connect -can you spare a bit of time? 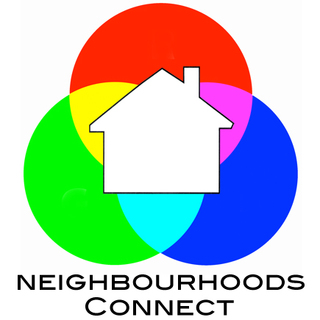 Looking out for older neighbours in Bowes and Bounds- can you spare a bit of time?

You may have recently read about the Neighbourhoods Connect initiative on this website. One part of…

'Kettle Song' by Petal The Kettle

Kettle Song    by Petal the Kettle
There’s something I must ask you
If you could be so kind
It’s something that is weighing
Quite heavy on my mind.

It’s something that is simple
And an easy…

Hi everyone,  thanks for including me on the site.  The reason I signed up to this site is that my wife and I are very keen to start up a buisiness in or around the Myddleton Rd area.  We are relatively new to the area and wanted to engage in a community forum to find out about foot traffic, council initiatives towards businesses, typical clientelle, regeneration of the street etc.  I have begun researching the LB of Haringey website and there appears to be a large amount of information… 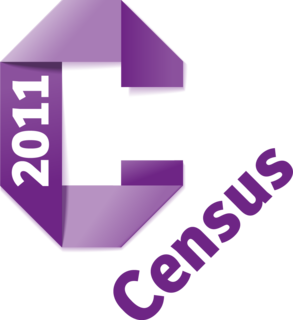 Every ten years The Office for National Statistics (ONS) carries out a census to identify information about of the population overall and specific details of the size and make-up of local neighbourhoods.

This year the census will take place on 27 March 2011. ONS will be sending out questionnaires for around 25 million households to complete, asking about work,… Continue

One of my regulars at the 128 Myddleton Road drop-in for the over 65s every other Thursday, has a problem with his video camera and I’m wondering if anyone on the site can help. He seems to have lost a huge amount of work and film, over 100 hours, somehow and can’t retrieve from the disc. It’s a Sony Video 125 (he thinks).  Does that make sense to anyone? Does anyone know if this data can be retrieved somehow because it was painstaking work and a great shame to lose it… Continue

The mystery and magic of the trees of St Ann's Hospital

Last October, St Ann's hospital ran the first Tree Tour led by botanist David Bevan. This is my personal account of the tour:

Here's a little mystery for you history detectives to solve.

De Cow is De Enemy by Benjamina Zaccarina
You bin brainwashed you idiot man
‘Drinka Pinta Milka Day’ is crap
An you knowit.
Don’ drink no milk is what I say
An here is reasons forit.
ONE:
De cow, presented forever as de gentle creature
Is de enemy
She chop down deforests for her grazin’ land
An all de creatures who live in dem forests
Dey Die.
No mo’ home, no mo’ food, no mo’ good lovin’
Dey…

Who is Susan I hear you ask? I don't know really but what I do know is that in the New Year I am going to be starting a new blog called Boss from Hell. I'm looking for people to submit stories or be interviewed by me about nightmare bosses they have had.

If you're interested or know anyone that may have a good story, drop me a line. The Bowes Park Community Garden is located in Myddleton Road.  It is run by a sub-group of the Bowes Park
Community Association.  We have a gardening session on the first Saturday of the month from 11am when we tidy, prune and plant to make sure that this tranquil garden is an attractive place for relaxation and enjoyment.

Just a few ideas about neighbourliness and what we might like to offer/receive. Most of you probably have a lot to offer but not much time that is why we are encouraging even short bits of help to take place as part of good neighbourliness.

Age UK have a lot of ideas, events and activities around technology and older people.…

I would like to delve into the wet leaves,

immerse my senses in the smell,

I would like to enter the wave as it rolls and crashes,

Has anyone got a small vacuum cleaner that we could have for 128. Will mostly be used on wooden floor.

While sharing a photo of Tottenham Pudding on Twitter recently, a couple of local tweeters mentioned Tottenham Cake to me. It turns out this cake is nothing to do with Chris Morris or something that you give young Spurs fans on their birthdays.

If you, like me, have never heard of it, it is described in this way by Ted Willis (creator of Dixon of Dock…

Do you know about 128 Myddleton Road?

Haringey Neighbourhoods Connect @128 Myddleton Road
Myddleton Road is an interesting street. And amongst the interesting places along this street is 128, a shop that has been transformed into a community centre with many uses.

Every other Thursday, between 2 -4pm, there is a drop-in for older people, with tea, biscuits and cake… Continue

I Don’t Believe In Ghosts, But…. By Andie Phillips

'Spirit of the Orchard' at Tring Apple Day - a short story

‘SPIRIT OF THE ORCHARD’, TRING APPLE DAY by Andie Phillips - A short story

She wrote the Mummers…

At the meeting on Monday evening we started thinking about how to launch the site and making 'connections' in the area-thought of going from 128 to The Prince (thai food) to the Ranleagh(don't know how to spell it)-how does that seem in the cold light of day?