All are welcome at the monthly folk club evenings - singers, players, reciters, join-in-the-chorusers! We meet once a month from 8-11pm, normally on the first Thursday and usually at Mum's Bistro, 143 Myddleton Road, N22 8NG. Admission charge is £6/7 for guest performers and £5 for all comers evenings. Meals available from Mum's Mediterranean-inspired menu.

First Thursdays at the Club ...

Come early and sign up for a floor spot.

Back by popular demand! Vicki with her nyckelharpa and Jonny on guitar, cowhorn, etc etc. 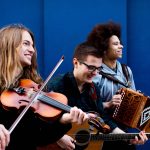 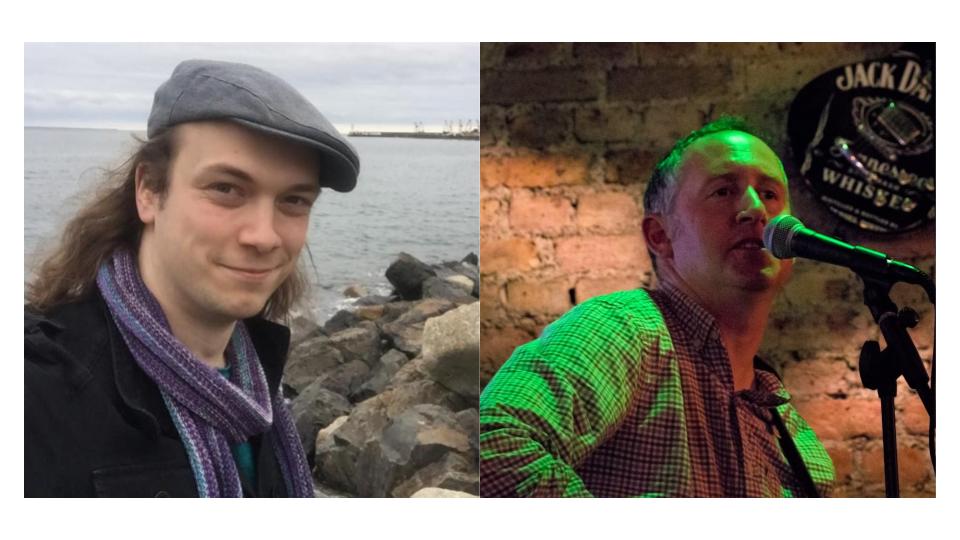 We kicked off 2019 with two of our finest, Nick Siepmann and Ian Coles - well done lads!

Oka Vanga, the Hertford duo, gave us a lovely evening in June.

Steve Turner, our genial guest performer on 3 May, gave us brilliant songs with a focus on the sea, accompanied on the guitar, concertina and ukelele.

l Cosgrave and Banks gave us a great evening of their own and traditional pieces played on many instruments.

On 1 March Stuart Marson, one of the finest singers and most original songwriters on the UK folk scene,gave us a genial evening with a fine range of songs and stories.

The Cruel Mothers,Carol Burtt and Sarah Jones, gave us a great evening

of songs from the darker side of the folk tradition. Theirstunning harmonies and sensitive guitar accompaniment (and the fact that they are perfectly nice people!) softened this plunge into themes of betrayal, death and madness.

To kick off 2018, Tom Lewis gave us a splendid  evening of songs and stories of the sea old and new, accompanying himself on button accordion and ukulele.

The band gave us an enormously energetic evening - "wonderfully executed acoustic country blues with two guitars, a double bass and plaintive striking harmonies". Some people not previously country fans were quite won over!

2017 opened on 5 January with a cracking evening headlined by Patricia de Mayo and Daria Kulesh. Patricia plays an oud, and her deeply felt and involving songs are influenced by music from the Middle East and North and West Africa, as well as the folk music of the British Isles.

Daria's Russian and Ingush (north Caucasus region) roots are reflected in her music, intertwined with multicultural influences she has experienced on her turbulent and exciting journey through life.

Helen captivated us with her lyrical singing and sea-inspired songs. http://www.pigglet.co.uk/HN/samples/03.mp3

Folk in the Park

On July Sundays in 2014 and 2015 Club friends and members entertained upwards of a hundred people who came to Broomfield Park, sat, picnicked and enjoyed.

You need to be a member of Bowes Park Folk Club to add comments!

Ca't wait to hear this!