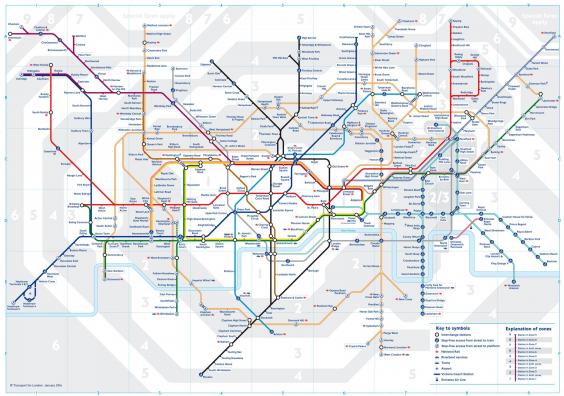 WARNING: The fare zone trap for any traveller via Highbury and Islington, Hoxton, Whitechapel and Canada Water: Be aware that this route is via Shoreditch High Street and the journey will be charged as a "zone 1" journey 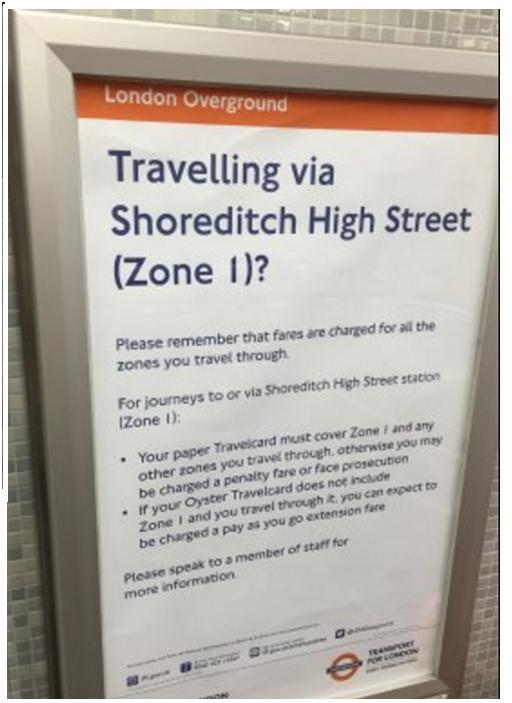 Commuters in east London are in line to save hundreds of pounds this year thanks to the redrawing of the Zone 3 fare boundary.

The latest version of the Tube map, unveiled this week, shows Stratford and six nearby stations in a newly-created "Zone 2/3" region. Previously stations in multiple zones were simply shown on the border between them.

Those heading in to central London from any of the stations will now only be charged the cost of travelling from Zone 2.

Prices for passengers travelling out of London will not be changed, meaning commuters will always be charged the cheaper fare - as if they were still travelling from Zone 3.

Overall, the cost of journeys across the National Rail network has increased by 1.1 per cent while TfL fares – including Tubes and London Overground services – are 1 per cent higher from this week.

A TfL spokesman said the new Tube map was intended to “recognise the shifting economic map of London towards east London”.

“Re-zoning these stations will benefit more than 100,000 people per week and will ensure customers travelling to Stratford from central London will never require a ticket valid in Zone 3," he added.

Shoreditch High Street has always been in zone 1.

Shoreditch High Street has always been in zone 1.

I have never claimed otherwise. I do not disagree; it has been ever thus despite attempts to change the situation by the STATUTORY OBJECTORS to the formal public consultation by London TravelWatch on the Modernisation of the East London Line as far back as 2004/2005.I sat in the public meetings at the time. 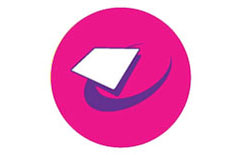 Started by Debi Lewis in Community News and Information 7 hours ago. 0 Replies 0 Likes