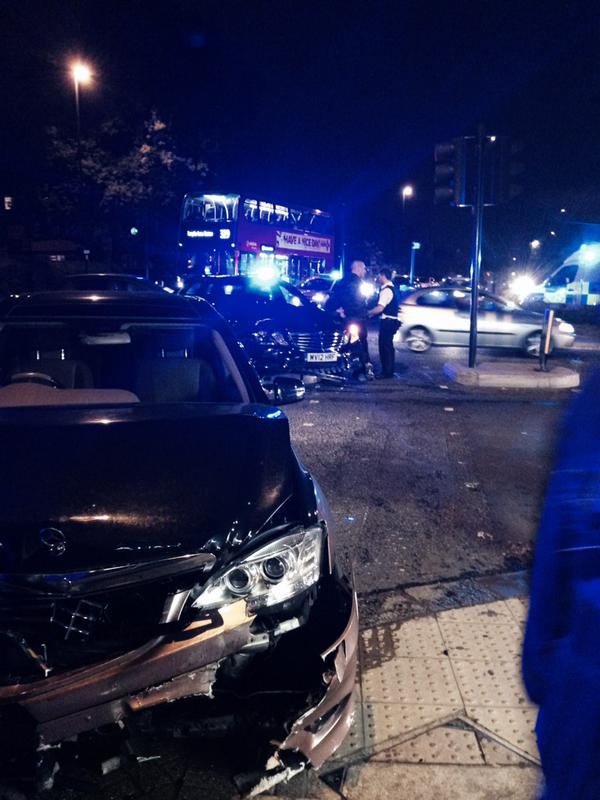 The RTA happened shortly before 18:00 on Friday night The last through bus from Southgate LUL via Hedge Lane was the 1803 (E68) departure towards Edmonton Green. The 1813 (E67) and subsequent departures  from Southgate LUL were routed via Aldermans Hill right Green Lanes, left North Circular Road to Edmonton Roundabout and line of route. Two Route W6 vehicles were not involved but parked on Hedge Lane "trapped" by the accident and resulted in2 x  next bus due =18 minutes permanently on Countdown

RSVP for Two Mercedes Collision in Palmers Green A111 closed to add comments!

Started by Paul Burnham in Campaigns and Community Activism 14 hours ago. 0 Replies 0 Likes