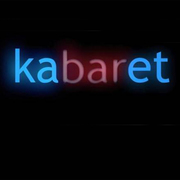 The next Jazz night at Kabaret at Karamel on Thursday 14th May welcomes outstanding saxophonist Alan Barnes and pianist John Critchinson.

Over the years, Alan has won many British Jazz Awards in the alto, baritone, clarinet and arranging categories. In 2001 and 2006 he received the prestigious BBC Jazz Instrumentalist of the Year award and in 2003 was made a fellow of the Leeds College of Music.

In between fulfilling his own busy freelance schedule, he has recently featured on the Bryan Ferry “Jazz Age” recording and the Great Gatsby soundtrack, and has recently been touring with Paloma Faith and the Guy Barker Orchestra.

John had been working for a number of years when in 1979 he signed-up with Ronnie Scott until 1995. During these years, John worked with the Morrissey Mullen Band, and great American players including Chet Baker, George Coleman, James Moody, Joe Henderson, Johnny Griffin.

He formed a quartet including Art Themen (recent performer at Kabaret) and Dave Green (frequent guest here too and accompanying on bass tonight), and in 1996 formed the Ronnie Scott Legacy Band after Scott's untimely death. He has appeared regularly at UK and European festivals and venues and toured the UK and New Zealand plus a Cunard Mediterranean Jazz Cruise.

It is with great pleasure and honour to have these accomplished musicians perform here at Kabaret, accompanied by Stu Butterfield on sticks and Dave Green on bass. Don't miss this amazing evening!

Pizzeria Volare is open for takeaways and deliveries only - support local businesses!

Started by Rachael Champion in Community News and Information on Thursday. 0 Replies 0 Likes

Started by Vivian Perkins in Community News and Information on Tuesday. 0 Replies 0 Likes

Started by Kari Koonin in Community News and Information on Tuesday. 0 Replies 2 Likes